Mr Pierce continued:  “To successfully scale our operations to meet the increased demands for client-centric service and solutions requires the vision and people skills to deliver.  These new appointments reflect the continued development of the Succession team and underline our commitment to creating the UK’s largest privately-owned wealth management businesses. They also reflect our refreshed commitment to be an employer of choice, attracting and developing the very best people, and creating a company culture that wholly invests in its people to redefine what is seen in the industry today.”

James Stevenson joined Succession Group in 2015 as Group Operating Director.  In September 2016, James assumed full commercial, operational and financial responsibility for Succession Group.  As Managing Director of Succession Group, James will focus on defining the overall strategic direction for the Group by driving a culture of progressive change through our propositions and people to deliver a truly client-centric, holistic wealth management service.

Simon Charles joins Succession as Group HR Director responsible for driving the People agenda. Simon brings with him a wealth of business transformation experience following nearly 30 years of corporate HR leadership including two IPOs. Prior to joining, he was the Group HR Director for Flybe PLC for nine years and before that had HR Director roles with RHM PLC, Quaker, PepsiCo and senior HR roles with Unilever PLC and PwC. Simon and his reshaped team will be focusing on attracting, developing and retaining talent to deliver a culture of ownership in a business that is building genuine scale.

Four senior management appointments have also been made to support the Executive Team.

Throughout her career, Hazel has played a key role in the development of IFA firms.   She headed up wealth management business recruitment at Thinc Destiny/Bluefin before moving into consultancy, working with business owners to develop tailored solutions supporting change and growth.

Her knowledge and understanding of the financial planning market and her ability to engage with business leaders will support Succession Advisory Services in growing the number of affiliated member firms using the consultancy and platform services, and those who are considering a future acquisition.

Helen Blackmore
Head of HR, Succession Group
Helen has joined as Succession Group’s Head of HR. Helen spent three years in HR at Flybe plc, and since 2013 was the Global Head of People Operations at blur Group plc, before becoming their Chief Operating Officer with responsibility for both HR and Sales. Helen brings energy and commercial HR skills to support James Stevenson and his team with an ambitious People agenda supporting the wealth planners and client servicing teams across Succession’s current ten regional hubs.

Karen King
Group Head of Learning and Development
Karen King is joining Succession in mid-June as the Group Head of Learning and Development. Karen brings with her experience of best practice within a number of FTSE 20 firms including Financial Services. She spent six years with Imperial Tobacco in various senior HR, Change and L&D roles. Prior to that Karen spent seven years with Lloyds TSB responsible for managing a number of retail branches regionally. Karen’s strong stakeholder engagement, as well as her specialist knowledge of transformation, change and learning and development, will drive Succession’s talent and development agenda across all its divisions nationally. 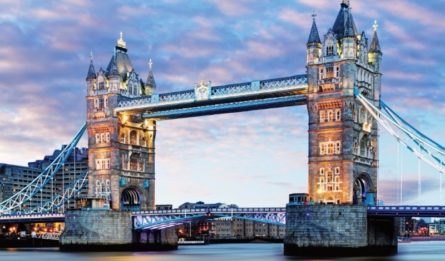