James Stevenson has been promoted as Group Chief Executive Officer of Succession Holdings, the parent company of Succession Advisory Services and Succession Group.

The appointment is effective from 1st January 2018, at which time Mr Stevenson will also join the Board of Succession Holdings.

Mr Stevenson will retain his position and responsibilities as Managing Director of Succession Group, the independent wealth management business.

“2017 has been a year of outstanding performance and significant growth for Succession. This appointment recognises James’ strong leadership of Succession Group over the last 18 months, as well as his considerable contribution to the business as a whole since he joined in 2015.”

“I am delighted to be leading the business from the New Year on our next stage of growth. I am incredibly proud of the entire Succession team and all we have achieved.  We’ve moved way beyond our original objectives and aspire to be the best privately owned, independent financial planning and wealth management business in the UK”. 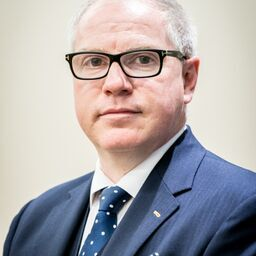